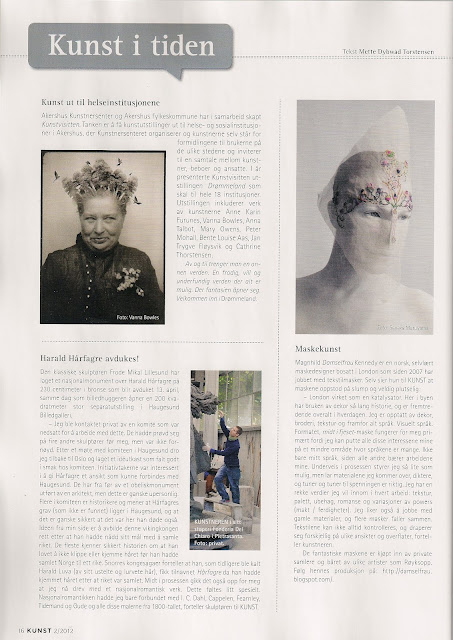 Small piece in KUNST Magazine(N). Photo: Sayaka Maruyama
Posted by I am DAMSELFRAU at 12:51 No comments: 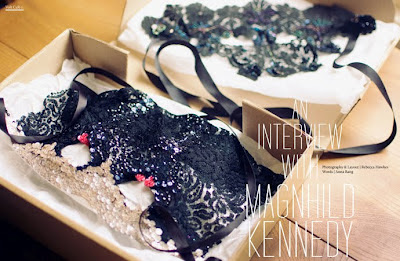 Before meeting Magnhild Kennedy aka Damselfrau at her house I wondered what it would be like. Was she making masks because she likes hiding behind them herself? Researching her, words like ‘uncompromising’ kept popping up. And the Nordic background. Would we be in a minimalist hellhole, kraut rockers Einstürzende Neubauten blasting at full volume while she gave monosyllabic answers to my every question? Nightmare!

Of course this was not the case. Magnhild is a very social persona, loves communicating and gave both me and photographer Rebecca Hawkes free rein to ask any questions while we had a damn good nose through her stuff. Magnhild clearly has an eye for the unusual, the flat that she shares with her husband, Robert, and their tortoise shell cat, is full of her treasures from the flea markets and car boot sales that she truffles through to source materials for her pieces. Although she has always been making things the masks have evolved slowly. So far it’s been 5 years; initially it was just her making masks for herself and her husband, then for friends, as all of them went to Last Tuesday Society balls. She loved the dressing up and making the masks, found it very satisfying to be creative by using her hands and also the fact that they didn’t have to relate to the face. While she makes them she deliberately doesn’t think about them as masks and goes into a creative state where she’ll work for hours.

Volt Café: Damselfrau…such a curious name! Where did it come from?
Magnhild Kennedy: Well, it was my Skypename! It means married to yourself. It’s an awkward sound, which is important to the aesthetic. Those are not comfortable words.

VC: Is that why the pieces themselves have such curious names? Arakis… Lestida… Seiobo to name a few. How do you name them?
MK: I consider what it looks like first, and then I’ll chase a name down on google, literally following whatever path that opens up, maybe change a letter to ‘make strange the familiar’. It’s primarily about making nice sounds that looks like the piece but also has a reference – no matter how slight – to something real.

VC: And your inspiration for the pieces, how do you start?
MK: Always the material! Which NEVER comes from a textile shop! I find what I need on eBay, from car boot sales, flea markets and friends. The more ‘used’, the better, I like it to have a story, a patina. The provenance is what gets my mind working. Then I start sculpting it straight on a bust.

VC: I love the mixture of textures and materials; you are incredibly free with your imagination.
MK: I’ve started to embroider more. Embroidery is very satisfying because it takes the time it takes. I’m actually very obsessive despite being quite ADHD. Embroidery forces me not to flit from one thing to the next, I literally go into a trance-like state and then suddenly 7 hours have passed! I learned most of the techniques from watching Utah housewives teach embroidery on You tube. (nodding sagely) Ye-es, they’re quite a bunch of renegade housewives actually!

VC: Do you see your masks as fashion or art?
MK: I think they started out as fashion, a sort of ‘facial underwear’ which suited the environment at the Last Tuesday Society balls. It then evolved into art. A turning point was definitely when they were exhibited at Doors Showcase on Rivington Street. Anthony, who runs Doors Showcase, had seen them in the windows of Start. So that took them from ‘fashion props’ to art. I’m hard to categorize – don’t really fit into any box, don’t care either! I’m not too interested in correcting my direction.

VC: At Doors Showcase you displayed them in light boxes and as photographs. Why not in the expected way on busts or mannequins?
MK: Mainly because I’d like to disassociate them from ‘the body’. They are hard to shoot on models as I feel they [the models] don’t project enough darkness. I prefer the masks to be by themselves, tell their own stories. Some times I have to store a piece for a while, literally to let it mature into what it needs to be. I’m not responsible for the masks; they evolve off their own bat.

VC: Where do you se yourself as an artist in the future?
MK: I want to find more unusual materials and make films and books. I like to layer things and I want to work with film and photography.

All photographs and layout by Rebecca Hawkes
Words by Anna Bang 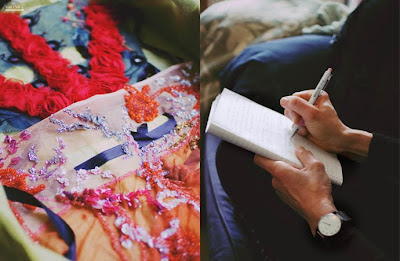 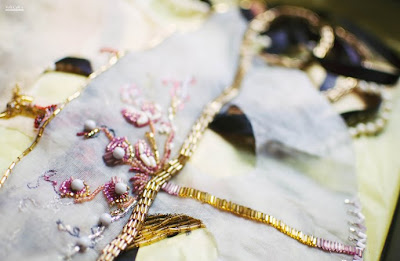 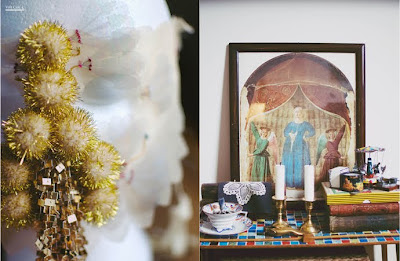 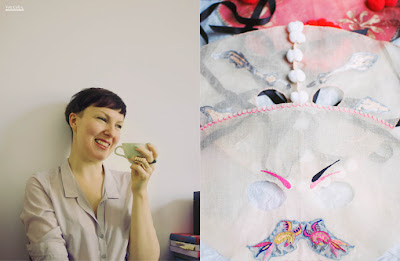 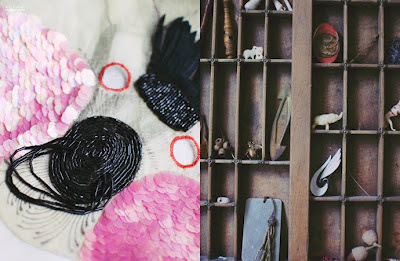 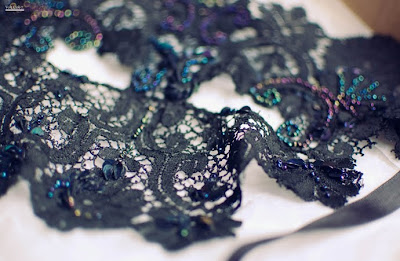 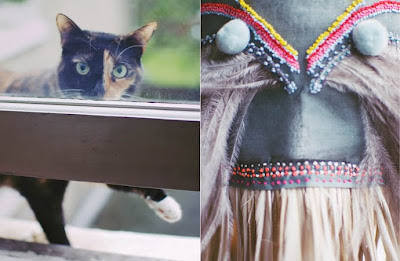 Posted by I am DAMSELFRAU at 06:57 No comments:

I am DAMSELFRAU
I work with masks as autonomous works of art as well as action-objects. For me the mask is a place where different elements come together as situation. The work is about this place-situation, more so than the mask as a theme or category of form. The mask is a place. I am led by the phantasms appearing in the process of the making and the materials themselves. These guide my decisions and inform the objects I make. The becoming of character as play, in between the theatrical projective and the actual of the veil, has the effect that the masks equally are subject to the projection of others as well as my own. It is in this space that the objects exist and where I find new ones.